The most important work in our collection is undoubtedly the building that houses the museum.

It is called “Maison du Roi” in French and “Broodhuis” in Dutch. This neo-Gothic building, as we know it today, dates back to the last quarter of the 19th century. Its unparalleled history perfectly reflects the heritage of the city.

But why does it have two different names?

“Broodhuis” in Dutch refers to the origin of the location. In the 13th century, a bread market was located on the central market square of Brussels, the current Grand-Place. The French name, “Maison du Roi”, refers to the title of the owners of the building: the Dukes of Brabant. At the beginning of the 16th century, the owner of the place was none other than Charles V, the king of Spain. On the façade and inside the building, there are several references to the emperor: on the central tower a statue bearing his likeness welcomes visitors and the stained glass windows of the stairwell showcase the possessions of his empire.

To learn more about the history of this unique masterpiece, click here 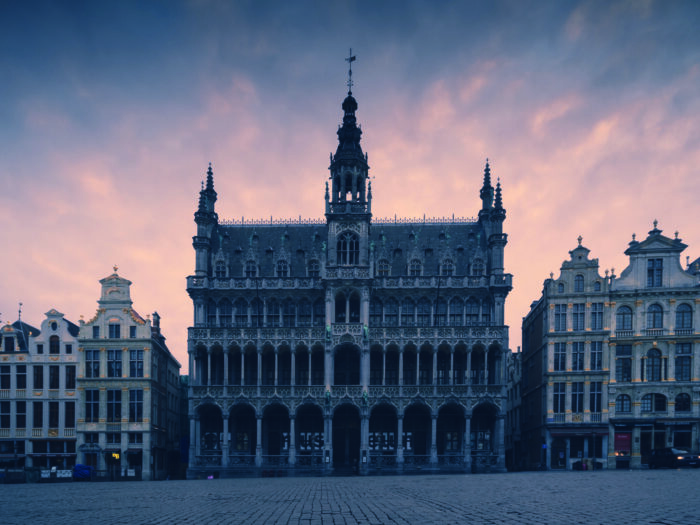 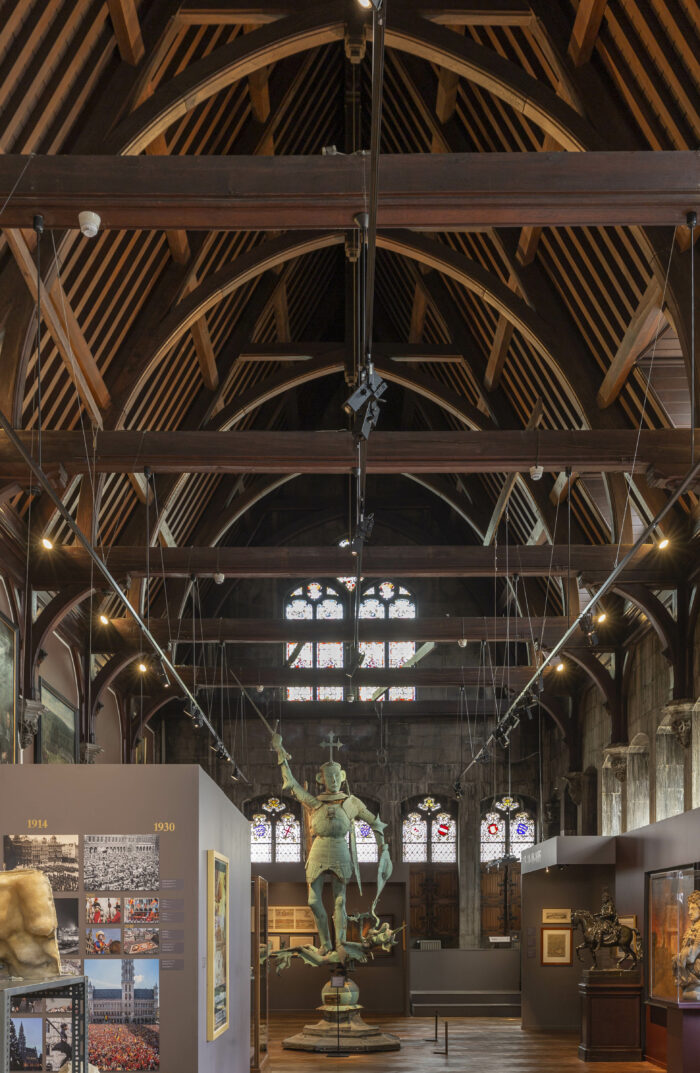 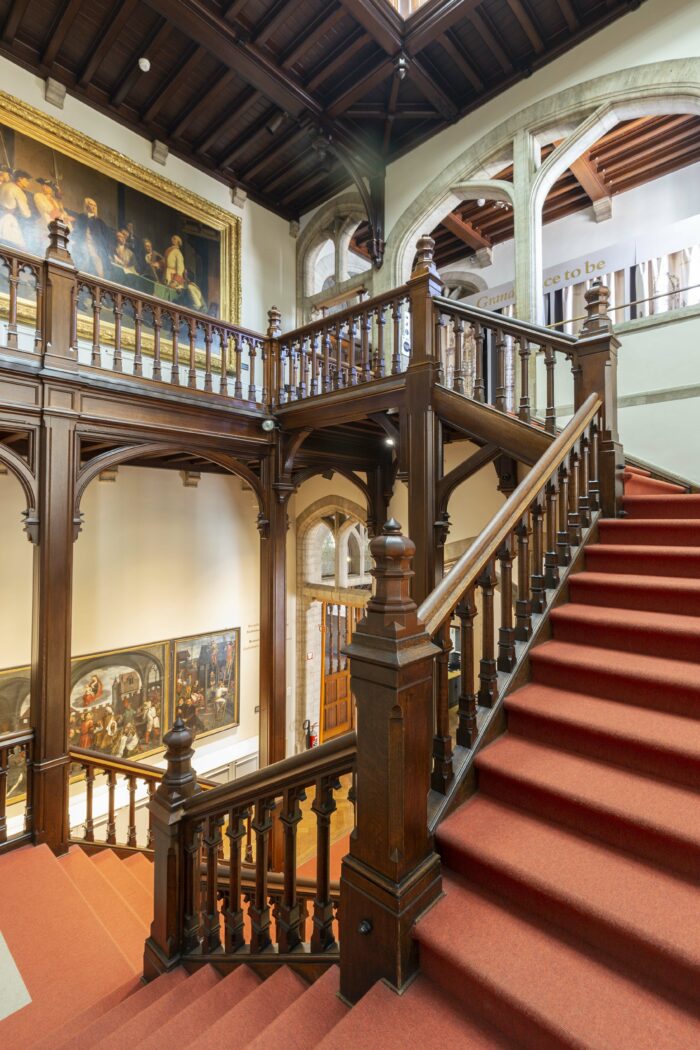 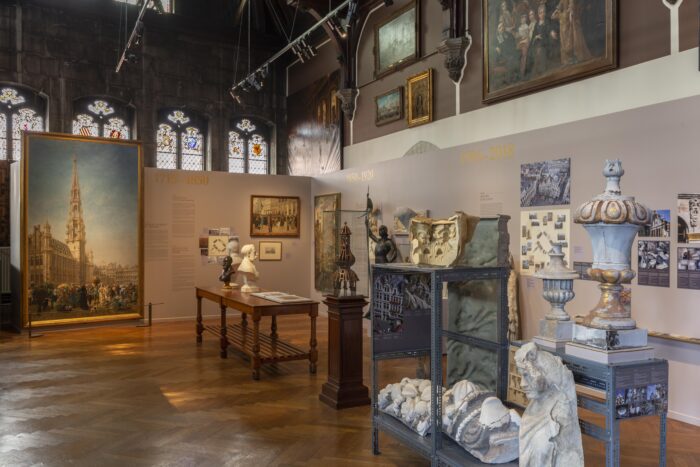 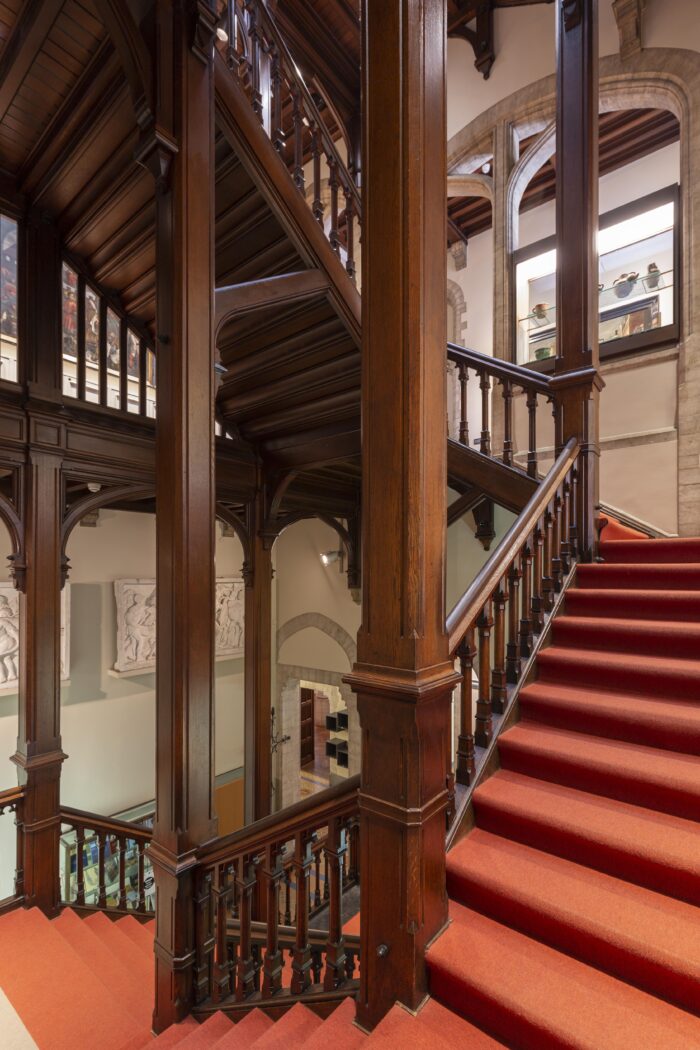 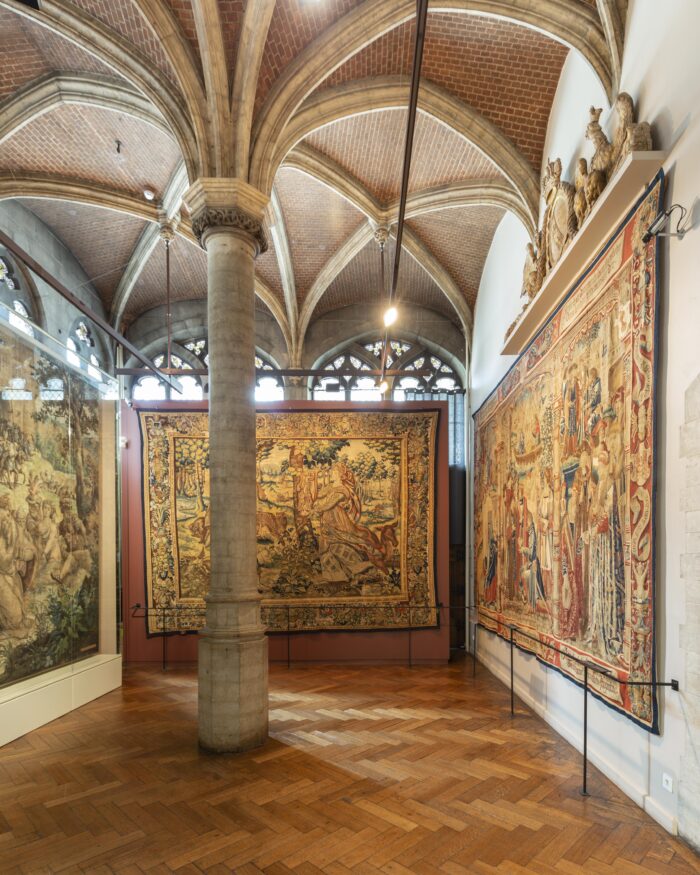 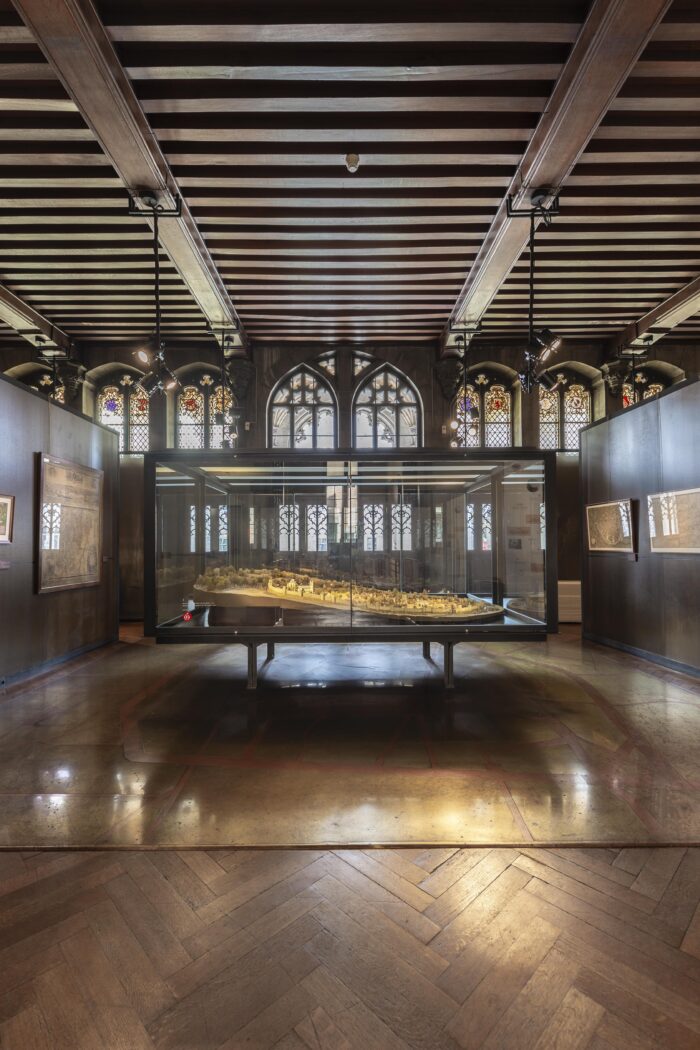 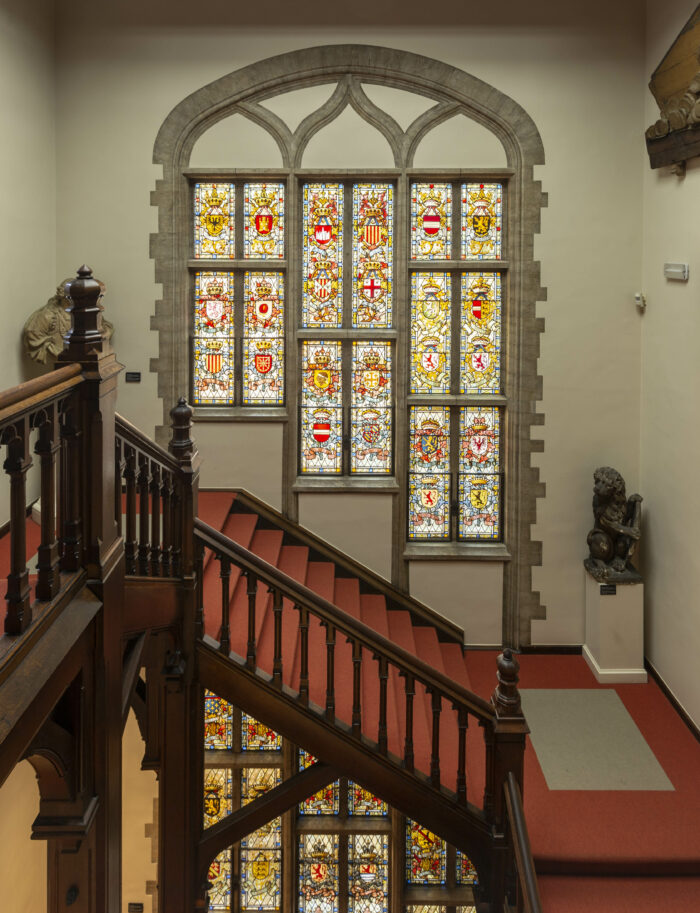 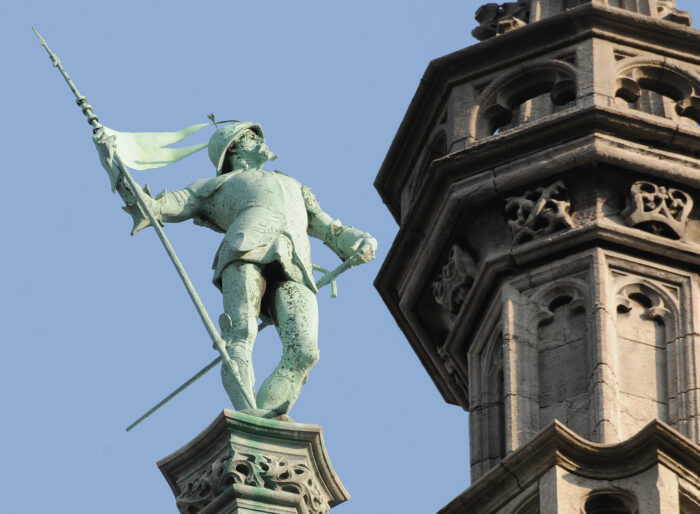 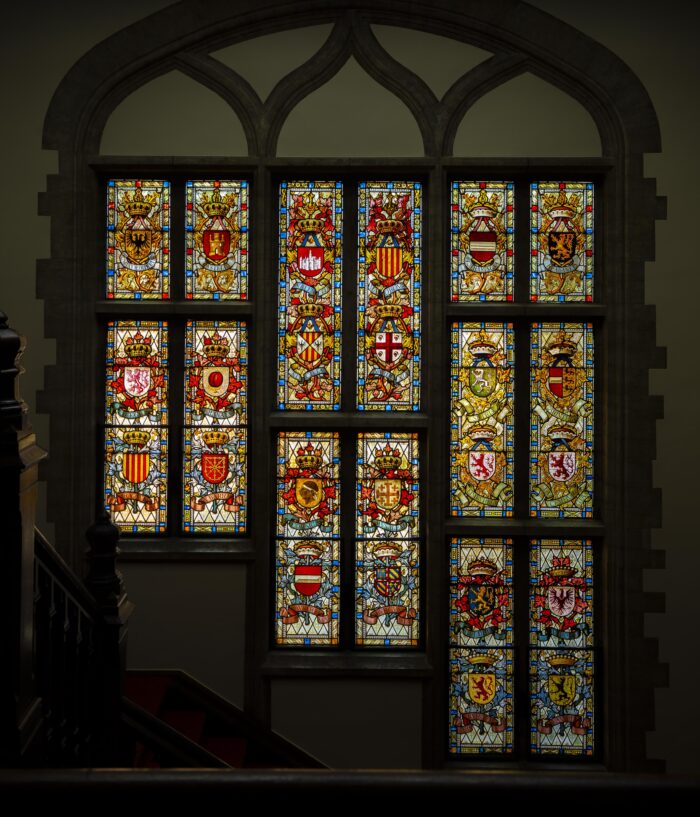 Charles V on the façade of the Maison du Roi_Brussels City Museum © L.Chiarenza 2010 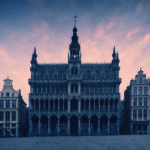 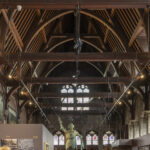 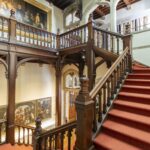 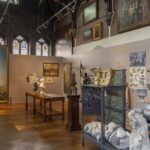 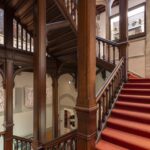 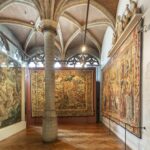 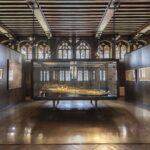 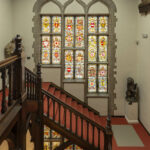 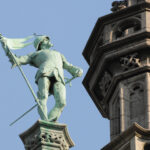 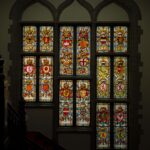 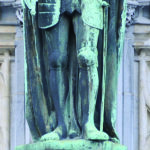