The prophets of the Town Hall

Originally, our eight prophets adorned the porch of the Town Hall tower. They date from the initial period of construction of the building, between 1401 and 1421. Since the 19th century, copies have replaced the originals.

Made of Avesnes limestone, the sculptures are attributed to the Brussels workshop which produces the famous Hakendover wooden altarpiece. Between 2011 and 2015, a restoration led by the Royal Institute of Artistic Heritage refreshed the polychromy of these sculptures. Initially the prophets were decorated with colour!

The Eight Prophets carry banners but unfortunately the texts have disappeared. These scrolls probably listed recommendations on good governance. Indeed, we often grant a certain wisdom to the prophets; the wisdom demanded of the aldermen of the seven families, in the 15th century, governing from the Town Hall.

Discover these sculptures before and after their restoration. 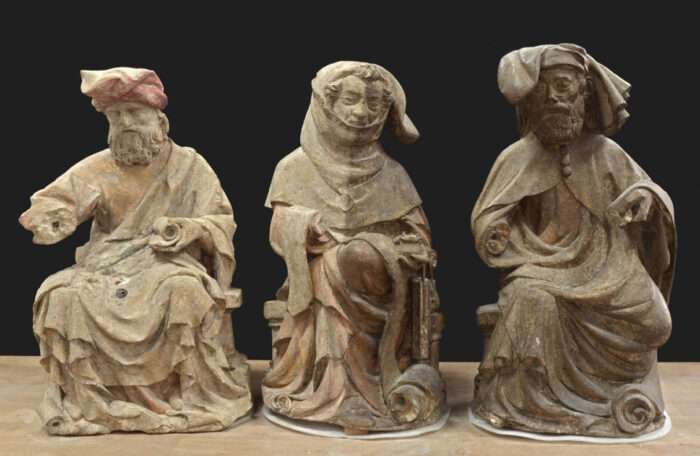 The three prophets, before, during and after restoration_Brussels City Museum © KIK-IRPA 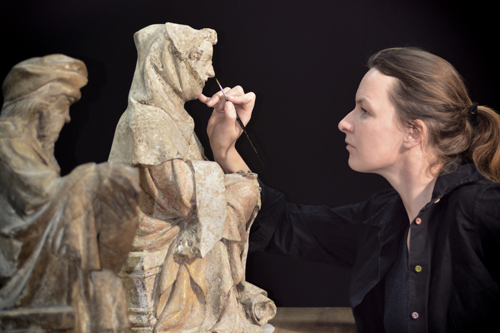 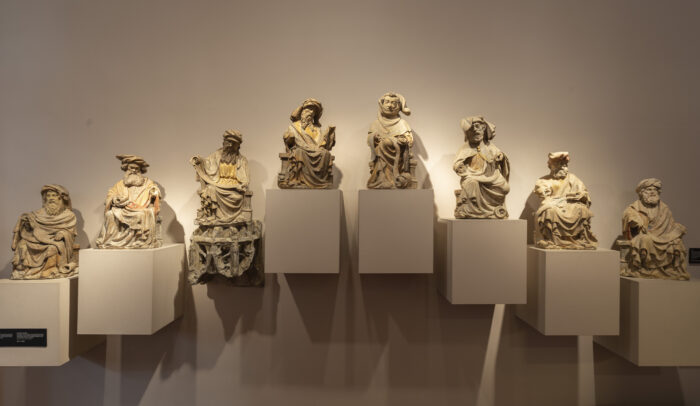 The eight prophets at the museum © A.Anoni 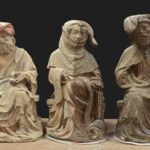 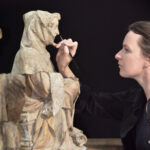 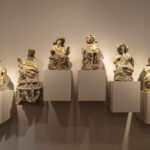