The museum regularly acquires pieces to document and tell the story of Brussels.

The museum also regularly receives donations from individuals or organisations. If you would like to make a contribution to enrich the museum’s collections, do not hesitate to consult our “Support us” section

The museum also has a budget to buy works of art, especially at public sale.

Finally, the museum houses a certain number of works handed over for safekeeping by, among others, the King Baudouin Foundation and the Wallonia-Brussels Federation. 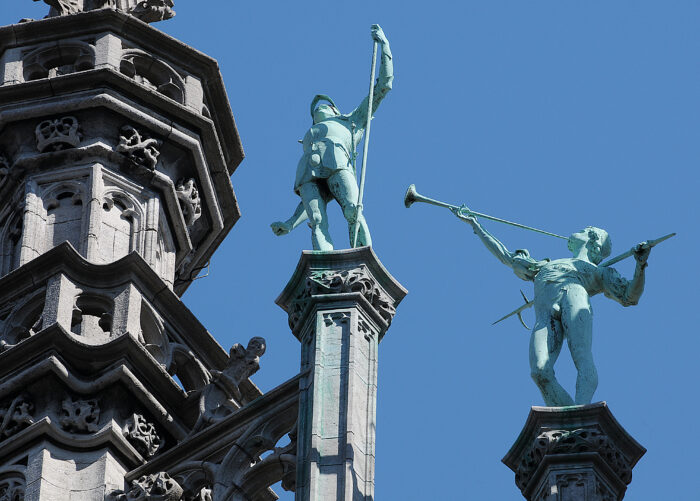 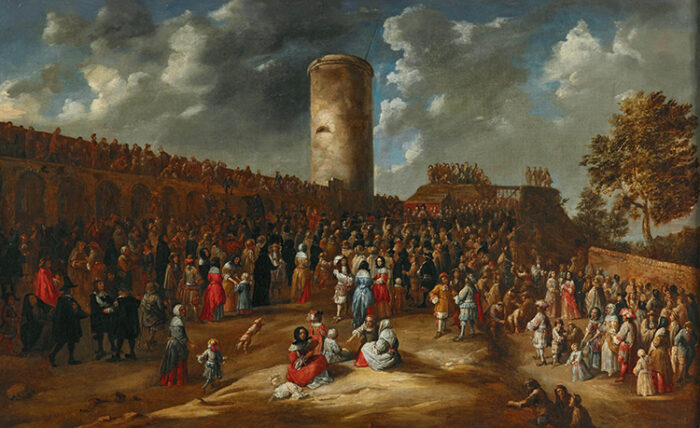 Recently added to our collections, this painting portrays the Annual competition of the Archers’ Guild at the foot of the Wollendriestoren. The work of the Brussels painter Gillis van Tilborgh (1625-1678).

This oil painting on canvas shows the population of Brussels assembled on the occasion of the annual competition of the archers’ guild. In the middle, the archers try to shoot a ‘bird’ placed on a mast at the top of the tower.

The tower, a major player
This tall tower, known as the Wollendries tower, owes its name to its proximity to the rue aux Laines (wool street). Mentioned as early as 1423, it was the largest tower of Brussels’ second city wall. Some scientists even used it to measure sea level. Though it was preserved after the fortifications were been demolished, the count of Mérode demanded its destruction. It disappeared from the Brussels cityscape in 1807.

Why add this work to the collections?

To learn more about this acquisition, find out all about its arrival in the museum. And for details on the work itself, its inventory description is available here.